My mother downsized last year, and “returned to sender” a pile of homemade cards I had given her over the years, starting when I was around five years old and ending before I went to art school in 1971. While I remember that I always preferred to create my own, being presented with the archives as proof, all these years later, has me playing anthropologist to my former self. And just plain giggling.

This is from 1960 (my mother, the archivist, adds the dates in small print on the back). Note the mix of caps and lowercase, something I still do today and even occasionally get paid for! The card was probably a class project. I would have been in first grade. 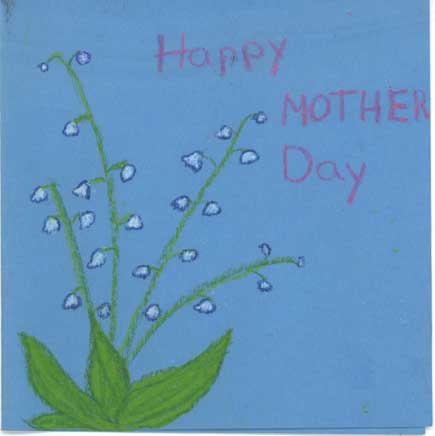 1962 ~ Another class project, I suspect. Working on composition. Need to anticipate space for lettering. Probably was too busy concentrating on upper and lower casing.

I get to practice my cursive writing, and add a personal note regarding my best friend Kathy. I love the concept of “angles in heaven.” 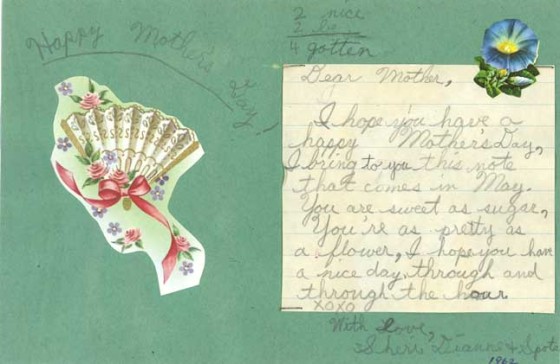 Gee, Mom rates two in ’62! Construction paper again, making me think this is another school project, or maybe Sunday School. I’ve added poetry to the mix, and signed it from my younger sister Dianne and dog Spots. Feeling pretty generous today!

And another! I was on a roll. This one looks like I did it at home, left to my own devices and not governed by teachers with stickers and cursive writing prompts. 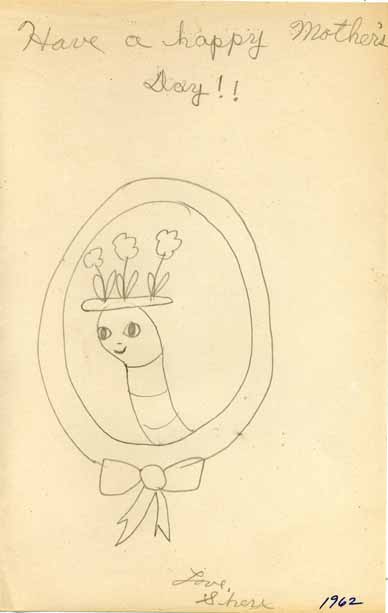 (I get to draw some girly stuff, like hats and bows!)

1964. Starting to get into more of a humorous vein. Intentionally humorous, that is.

I am starting to reflect that I view motherhood as one of toil and trouble. And trying to make up for acting like an ingrate. Or just being a kid. 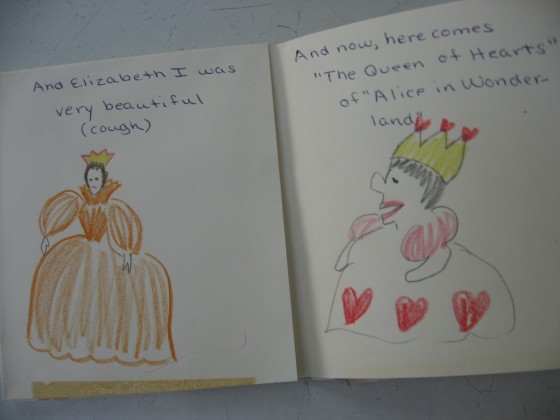 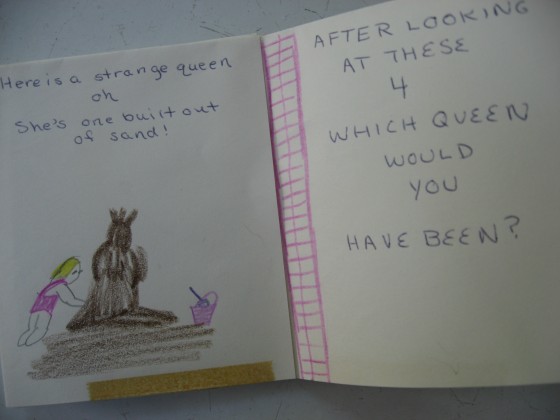 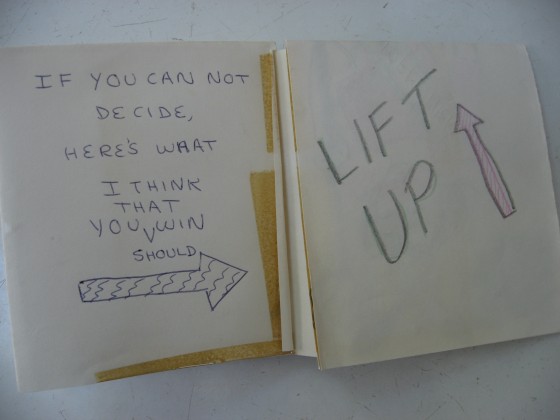 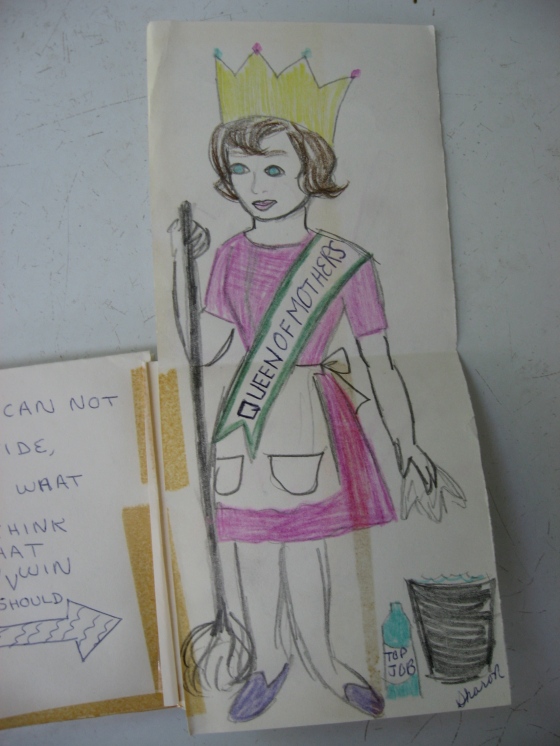 These continue for a few more years, but I’ll stop here. And just add:

Happy Mother’s Day, Mom! I think you did a Top Job!

10 thoughts on “Hallmark Had Nuthin’ On Me”